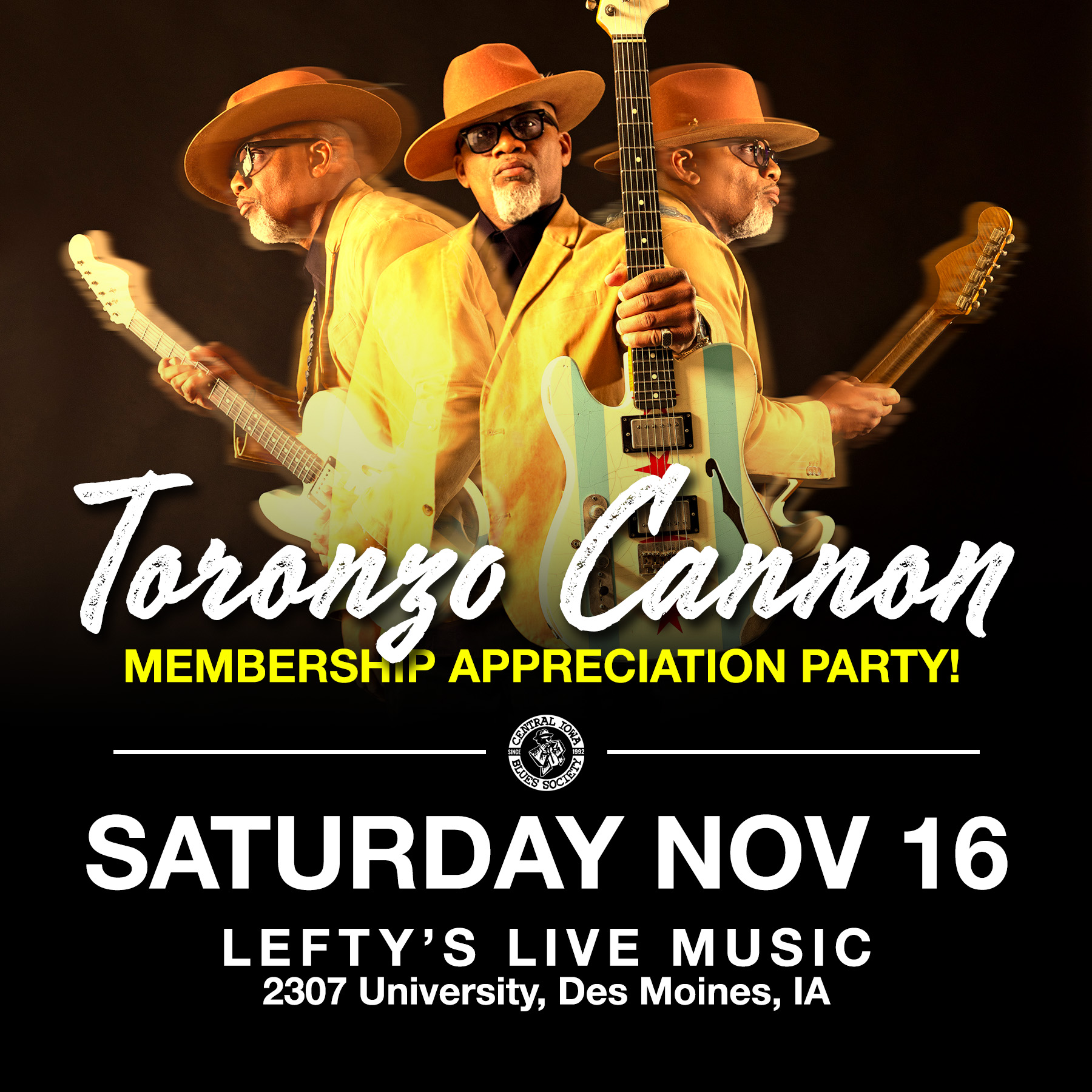 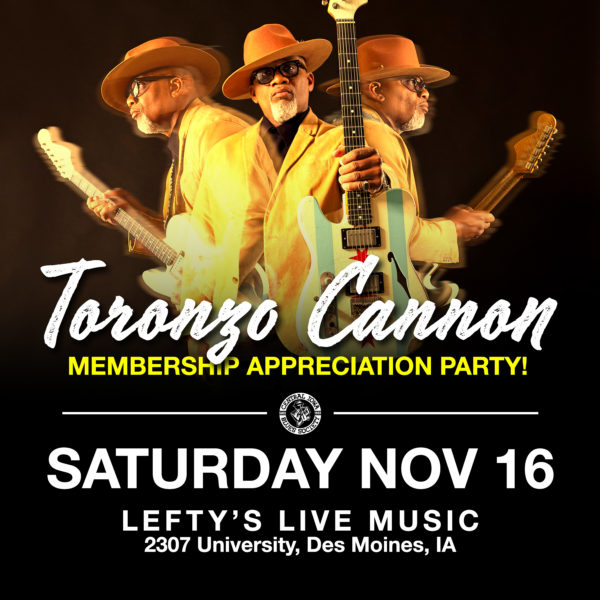 Join us for the CIBS MEMBERSHIP APPRECIATION PARTY featuring Toronzo Cannon and the Chicago Way at Lefty’s Live Music on Saturday, November 16 – 7PM. Must be a member of the Central Iowa Blues Society to attend this FREE appreciation party and concert. You may join or renew online HERE. Memberships will also be available at the door.

Cannon is at the front rank of Chicago bluesmen. He creates wide-screen modern arrangements for wry, thoughtful songs, molding an ensemble sound that’s both tempestuous and scrupulously controlled.” – MOJO

Chicago bluesman Toronzo Cannon defies all expectations. The blistering guitarist, soulful vocalist, singular songwriter and city bus driver fuses his muscular, rock-inspired blues guitar playing with his original, keenly detailed slice-of-life songs, blazing his own blues trail. With the 2016 release of his Alligator Records debut, The Chicago Way, Cannon burst onto the international stage as one the most electrifying bluesmen to emerge from Chicago in decades. His live performances unfailingly earn him heaps of critical praise and hordes of wildly enthusiastic fans. Cannon has played major cities all over the U.S., Canada, and Europe. He recently performed for the first time in Japan, delighting and surprising audiences with one unforgettable gig after another. Now, with the release of The Preacher, The Politician Or The Pimp, Cannon builds upon the foundation he’s laid, creating and defining his vision of contemporary blues.